Be realistic about SEO

There are just some websites and some businesses you are never going to compete with and its best to be realistic about this from the start. There have been times however when we have been asked to try and compete with the really big boys and occasionally it pays off, more often than not of course using a brand new domain with no Page Rank is not going to get you noticed by the big Google in the sky so lets look at your options.

If your product is locally based or you sell a service primarily in your area then you have a head start.

Lets look at our resident Golf Pro who sells his stock to his members and to non members of his club who live in the area. He would like to sell to the whole world of course but there are huge companies that do that and he will never have the buying power to compete with them so he needs to concentrate on the locals.

A keyword like "custom fit golf clubs" gets 22200 Google searches in the UK per month and no doubt your Pro would like to tap into some of that but if he is a little more realistic and goes for "custom fit golf clubs Devon" then he is only competing with the local area that are the only ones he is interested in anyway!

One of our customers described himself as a "busy fool" paying for Google Adwords that would generate clicks and cost him money but were not the local people he wanted to attract.

We have a great new example of this in one of our customers. www.innovate-design.biz have been doing well for a number of years but they were relying on word of mouth and recommendations. Their website was acting like a business card for people that already knew their name.

All the searches in their analytics were for "innovate design" and "innovate design windows", a sure sign that you are not ranking well for your keywords - searchers already know you exist, the best visitors are those that find you and had previously never heard of you.

They came to us with this and some SEO in mind and we analyzed their keywords options.

The biggest profits are in "Bifold Doors" and so this is where we concentrated as there plenty of Google searches each month in the UK.

So my point is lets not compete against the whole country when the whole country wont come to Surrey for their new doors anyway - lets concentrate on "bi-fold doors Surrey" which will be considerably easier, cheaper and gets to your target audience. 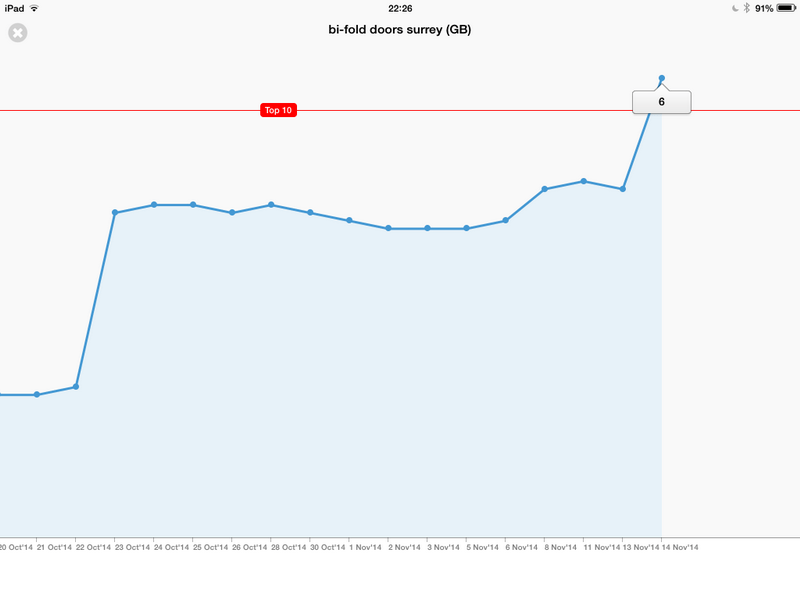 This was so successful that they then asked us to rank their site for even more local keywords - this has made a huge difference to their orders. 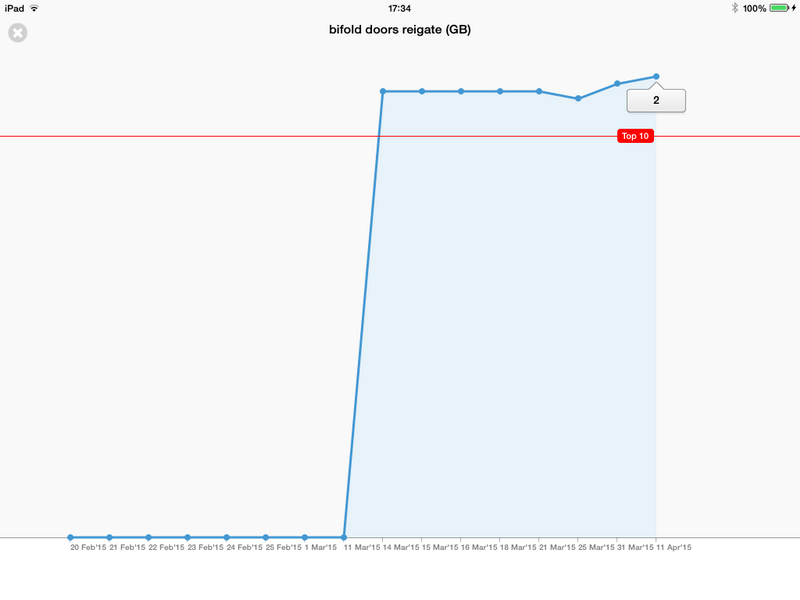 Tags SEO Google Gingerweb Customers Search Engines
PRINT
This site uses a cookie to track visitor numbers, we do not use this data for anything else.
Ok